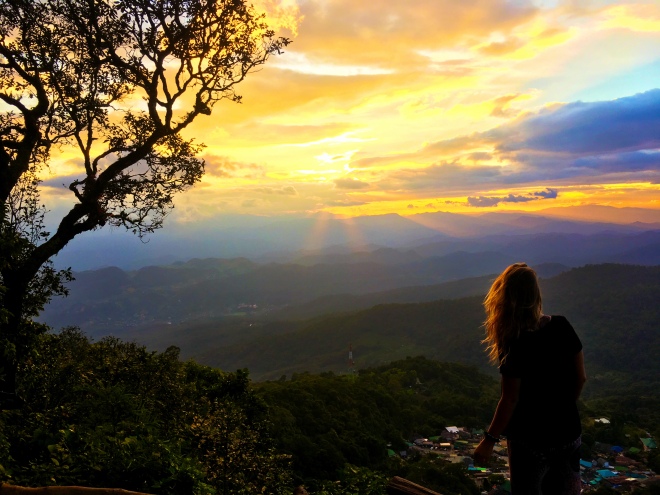 Men and women have been fighting to end sexual harassment for centuries, yet we elect a man who has been accused of sexual assault. I know I am not alone when I think that a person who desires to lead a nation must be held to a high standard of decency. And the man who desires to lead the United States of America should be held to the highest standard of human decency.

I refuse to stand behind a man who represents hate. Donald Trump is supposed to be our leader, yet he has led us to hate.

I can’t make light of the situation anymore. I can’t pretend like I don’t feel personally hurt and disrespected by Donald Trump.

As a woman affected by sexual harassment, assault and abuse, I am disgusted that this man, a man who jokes about sexual harassment, is the president-elect for the United States of America. I am disgusted that a man, who vows to lead the world in change, acts like the type of men my mother and grandmother were subverted by years ago. What is a man that boasts about his ability to move our nation forward, going to accomplish, when he himself is actually moving backward?

United we stand, yet I have never felt more divided in the Nation I grew up in.

I could pretend to look past Donald Trump’s digressions, his hate, his blatant disrespect for human beings, like I have for many other men during my life, but I won’t this time. The stakes are too high. I can heal from the disrespectful insults toward me, but can the woman next to me, can my sister? Can our nation heal from this man and what he represents?

During the next four years, people around the world will look up to a man that belittles women. People will dismiss sexual harassment as just “locker room” talk, people will overlook sexual harassment because they see Melania Trump accept her husband’s actions without standing up for herself and/or other women, people also see a man refusing to apologize for his actions. And because of all of this, humanity has taken a giant leap back. Because of Donald Trump and the people who elected him as the president-elect of the United States of America, children will grow up thinking this behavior is acceptable.

America let down the world by electing Donald Trump as president of the United States of America.

Now, I need to accept that this man is the president-elect and move forward. Continuing to resist Donald Trump will only hurt America. As hard as it will be, we need to wish for his success. We must separate the character of our leader from his actions as president. As a nation, we have to move past his digressions and look onward for a brighter tomorrow.

But, do not mistake this as weakness. The moment Donald Trump tries to move our nation backward, I will stand in protest. My acceptance of him will only last if he continues to move our nation forward. The moment he takes a step back and tries to diminish the progress we have built in America, we must stand in protest. We will stand united and fight for the continued progress of America and what we believe in.

Now that he is elected, we must rise together. It is now our job, as women and men of America, to share one clear message, sexual harassment and assault is unacceptable and we do not condemn it. And neither should you, even if the president-elect of United States of America does.

One thought on “America’s President-Elect”