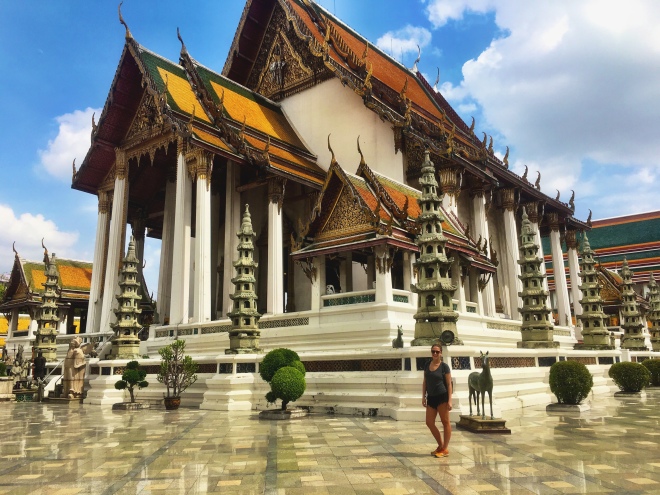 Today, I woke up in my hostel room after a 30 hour travel day to Bangkok. I’m sharing the room with five other guys and girls. I headed downstairs to have breakfast. Well I guess you could call it breakfast… It was coffee, toast and watermelon. But hey, I’m not complaining. Exciting news! I made my first friend at breakfast! He and I plan to go to the weekend market Saturday morning.

After breakfast, I set out looking for the temples in Bangkok. I took the skytrain, which was clean and easy to use. 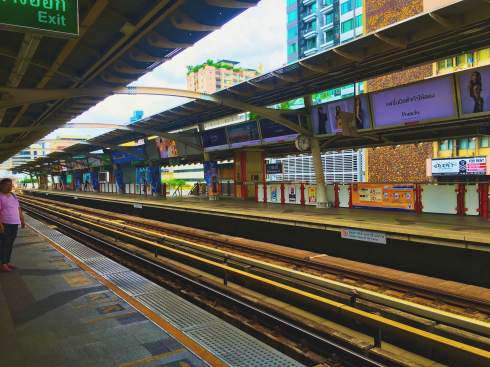 Then I hoped onto a ferry to go to the temples and this beautiful woman from Ukraine sat next to me. After talking for a bit, we decided to go through the temples together. Anastasia’s English was okay, but it was fun to communicate with minimal words. 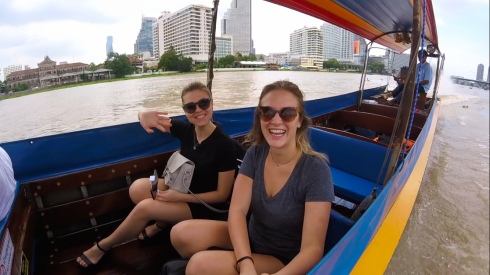 Anastasia and I went looking for the Grand Palace Temple, but we were steered toward the Wat Pho temple instead. Thailand is notorious for scams and tricking tourists toward their site instead of another’s. The Wat Pho temple was breathtaking. It was amazing to watch people from all over the world come together to worship. People would bow to the Buddha and light incense to burn, which promotes the Buddha’s practices and teachings. It trains people’s minds to focus on one single object during meditation.

It was fun walking around with someone. Though, she did ask me to take A LOT of photos of her and she always stood in these dramatic poses. I later learned that she is a model in Russia and Ukraine. Ahhh, now the poses make sense.

After the temples I went home to shower and relax. Pollution is very high in Bangkok, so my face had a lot of dirt built up on it. A long cold shower never felt so good.

My roommates in the hostel invited me out to Chinatown for dinner and then to Khao San Road to go out with them. We ate on a side alley off of the main Chinatown strip. For a Chili basil noodles and chicken and a Thai beer, it was 130 Baht, which is about $4. Side note: The beer was more expensive than the food. The cheap, authentic restaurants are all outside though. So you are sitting outside while eating spicy food aka everyone was sweating. But the beers are huge and make everything better. 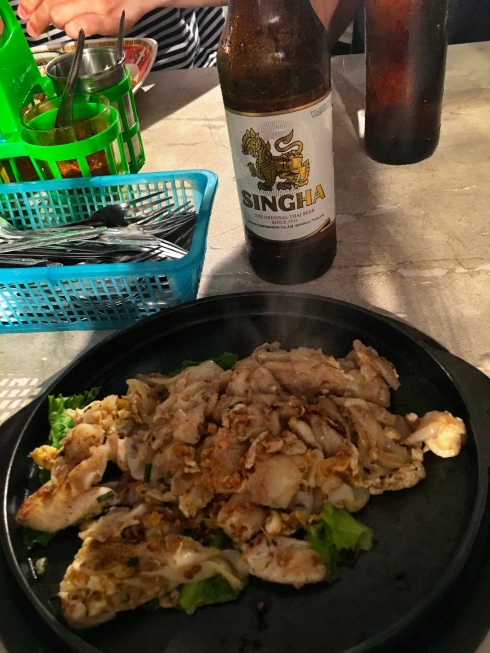 Next stop, 7/11 to cool down in the AC and grab a road beer. We took a cab to Khao San Road, which is the road that The Hangover was filmed on. Needless to say, it was insane. It was New Orleans, but instead of Grenades there were fried scorpions. 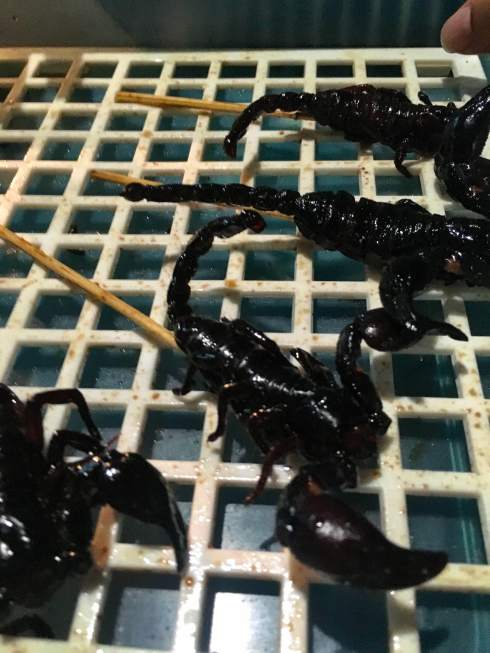 My first day/night in Thailand was amazing. I’m excited to conquer the rest of my trip and continue to meet interesting people along the way.