Da Lat is a beautiful town in Central Vietnam that sits on top of a mountain 1,500 meters (4,900 ft) above sea level. Because of its elevation, Da Lat has a micro climate. It stays chilly here all year round. I have a cold right now because my body was shocked by the temperature change (at least that’s my working theory).

Da Lat is a young city. It was developed in the 1890’s when a French doctor came here to treat tribe people for Malaria. During the 1900’s the French created a resort center on top of the mountain and colonized the town. The architecture is French and Swiss influenced with modern homes and colorful buildings. It doesn’t feel like you’re in Vietnam.

The majority of Vietnamese families moved to Da Lat during two times. One, in 1954 when Vietnam was split between North and South, families from the North moved South where the government was allied with America, hoping they would be safe during the war. Interesting story, Mr. Kun, our trusted guide and friend’s dad spent 3 years in jail during the war because the communist government caught him trying to escape Vietnam to take his family to Europe. Secondly, was in the 70’s, after the war.

The city thrives on tourism. Too much, in fact. Mr. Kun explained that tourism has risen too much and is taking over the city. He says the Russian and Chinese are building huge resorts, ruining their beautiful serene town. This is sadly a theme that has repeated all over Southeast Asia. E.i. the islands of Thailand and within the next couple years, the islands of Southern Cambodia.

Our first day in Da Lat, Mr. Kun and his friend took us on a motorbike tour around town.

We started the day with a bird’s eye view of Da Lat by a cable car ride, which is similar to ski lifts.

Next, we went to Ho Tuyen Lam lake and the temple next to it.

Then we visited the original train tracks in Vietnam that were unfortunately destroyed by American’s during the war. The track was never repaired because Vietnam could not afford it. The first photo is Paulla & Mr. Kun in the train and the second is a man drawing the girl standing in front of him, so talented!! 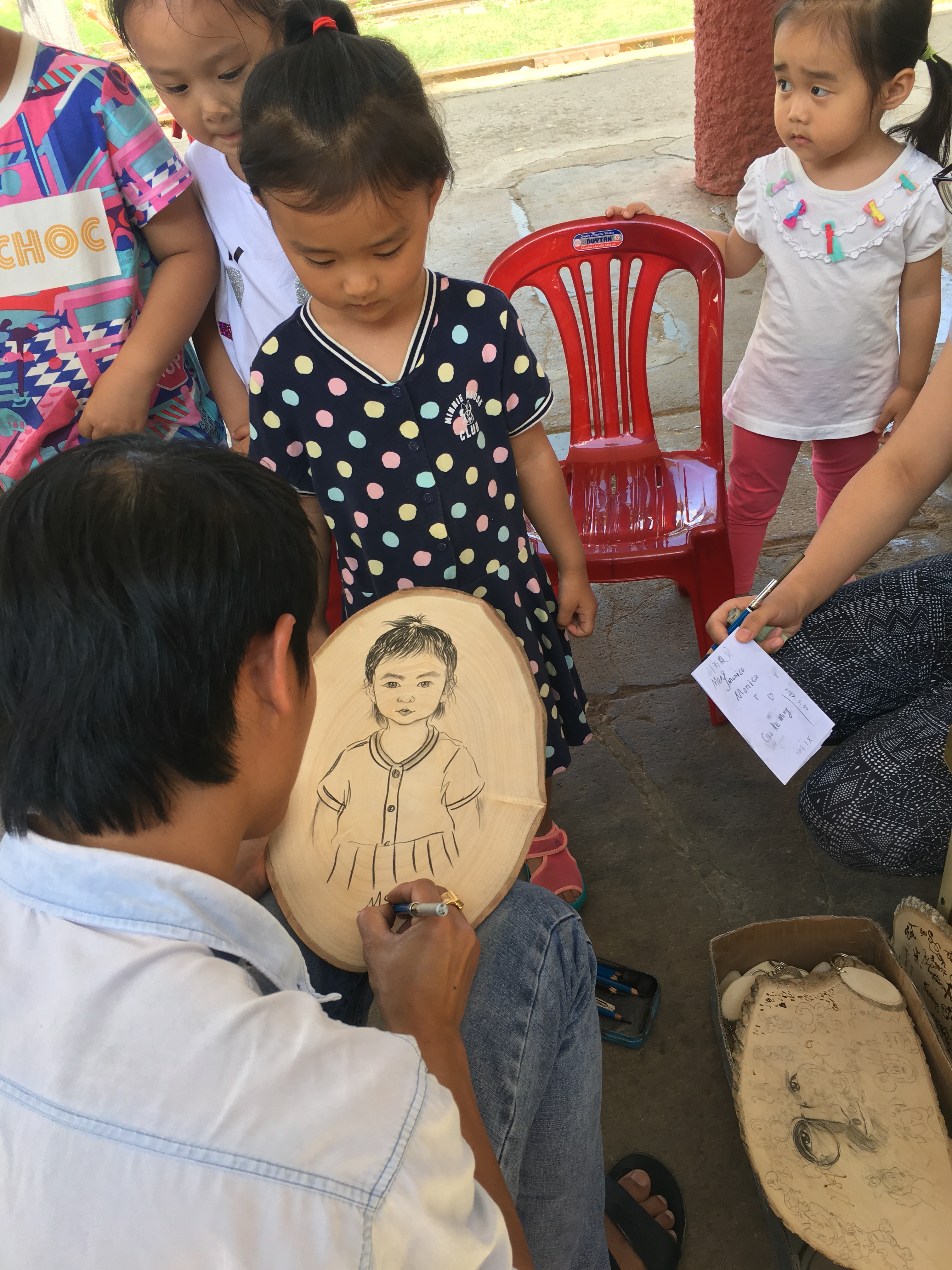 After a full morning, we took a break for tea and coffee. Mr. Kun says Vietnam is the second largest export of coffee. The coffee is damn good, and cheap. As the coffee was dripping down we sipped on tea. They explained that families eat quickly and do not sit and chat while eating. Meals are for eating and that’s it. They converse and share stories over drinks instead.

We then hiked up a hill to see this amazing view.

We enjoyed our time with Mr. Kun so much that we are going to spend three days and two nights with him as he drives Paulla & me to Nha Trang. We will spend the days exploring the Central Highlands and the nights eating, drinking and listening to stories in local villages up in the mountains. We are so excited to stay in villages and learn more about the culture.

One thought on “Our Time in Da Lat”